The University of Kufa has officially joined Magna Charta Observatory.

It has been officially announced that the University of Kufa joins the Magna Charta Observatory. The actual signatories will be done next year in Bologna University. It has been stated that more than 900 very well known and respected universities around the world have already joined this gathering. This announcement was taken place during the 31st Annual Conference of the Magna Charta Observatory, 16 and 17 October 2019 hosted by McMaster University in Canada. The Observatory is a signatories’ association, independent from political organisations or interest groups. The signatory universities – through their rectors, presidents and vice-chancellors, who act on behalf of their institutions – are connected to the organization by their commitment, present and future, to comply with the principles of the Magna Charta Universitatum. The Observatory undertakes its work to ensure the integrity of intellectual and scientific work in Institutions and society, thus reinforcing trust in relationship between universities and their communities, be they local, regional, national or global Each year the Magna Charta Observatory organises an international conference to address current challenges in upholding the fundamental values and celebrates in a ceremony as more rectors sign the Magna Charta Universitatum. This year Conference title was “University freedoms and responsibilities: responding to the challenges of the future.” The focus of this conference was on academic freedom and the responsibilities which universities have for helping to achieve the UN sustainable development goals, particularly those relevant to sustainable cities. 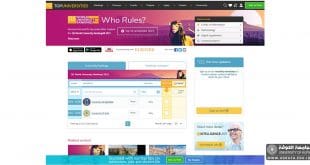