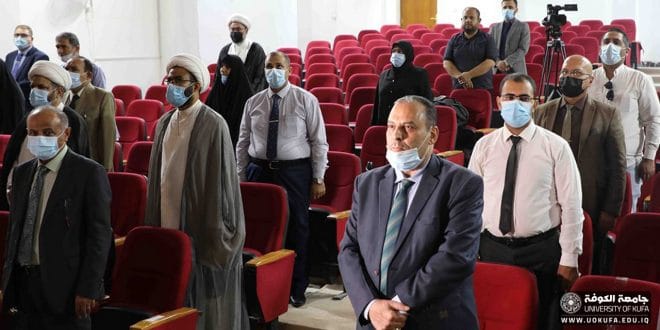 A scientific conference on the impact of Imam Hussein (Peace be upon him) Revolution on building a healthy society was held at the university of Kufa – Faculty of Jurisprudence.The two-day conference included three electronic sessions to discuss the submitted researches which studied the principles of Al-Hussein’s great revolution, and among the participating ones is a research entitled “Sustainable Leadership Practices in the Administrative Thought of Imam Al-Hussein (peace be upon him) by Dr. Yousif Hajim Al-Taie and Durgham Al-Amidi, which dealt with a statement of the administrative foundations adopted by Imam Hussein, (peace be upon him) in his dealings with the events that he went through during the years of his life, especially With regard to leadership behavior, Al- Taf Battle, and identifying the change efforts that Imam Hussain, peace be upon him, adopted in changing the reality of the nation moving its humanistic conscience towards comprehensive reform in a sustainable manner.