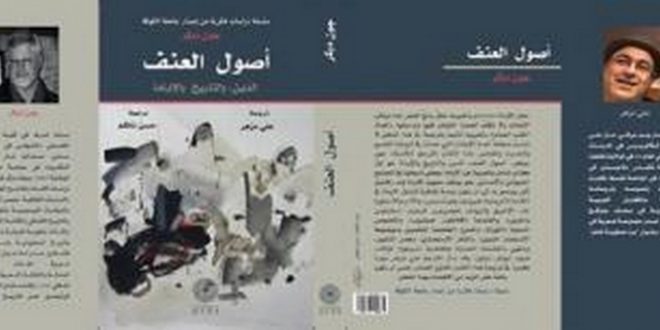 The director of the series of intellectual studies issued by the University of Kufa, Dr. Hassan Nadhem , announced soon the publication of the book “The Origins of Violence” by the University of Kufa by John Ducker, which was translated into Arabic by Ali Mezher . The book talks about the number of extermination  that occurred in ancient history, modern and contemporary. Nadhem added that the book is the first comprehensive book in Arabic on extermination that covers its history in animal and human society. the book uses the concept of extermination at Raphael Lemen and leads it to a cultural study dealing with genocide in historical writing, literature ,mythology in the Greeks and Romans, philosophy, religious texts, theater ,colonial thought, the Enlightenment era, and ends with modern and contemporary philosophy.

A new book at university of Kufa

Dr. Ahmad Shaker Al-Alaq, a professor at the Faculty of Arts University of Kufa, published …