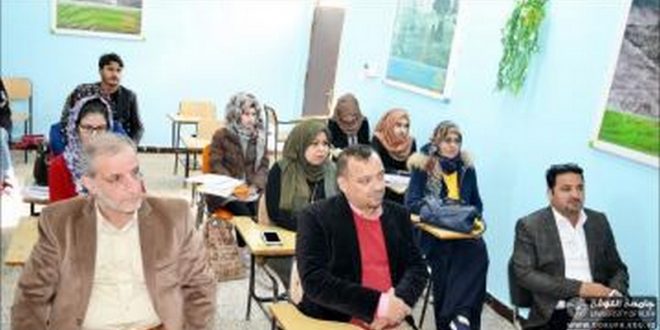 The Faculty of Archeology at the University of Kufa held a seminar on “Religious ranks  and titles at  Christians “. It was gave by professor Laith Mahmoud Zwain, during which he confirmed that Christianity is a religion like any other existing religions having clergymen who take care of it and care for the interests of the Christian community, religious rites, the distribution of tasks to many of their agents. The seminar was attended by the dean of the faculty, a number of trainees and postgraduate students.

A new book at university of Kufa

Dr. Ahmad Shaker Al-Alaq, a professor at the Faculty of Arts University of Kufa, published …